Warholm lights up a Super Saturday at the Anniversary Games 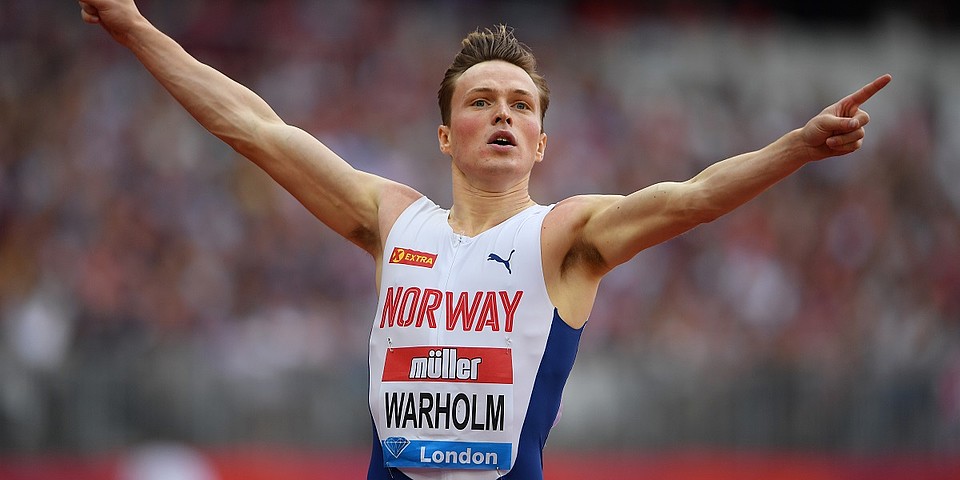 Karsten Warholm starred at the London Stadium once again on a mesmerising first day at the Muller Anniversary Games.

The Norwegian was crowned world champion in the capital back in 2017 and after setting a meeting record last year, came back to break it with a searing 47.12 to win by a staggering two seconds.

Fresh from smashing the meeting mark on home soil at Diamond League Oslo, the 23-year-old laid down a 400m hurdles personal best, world lead and European record to boot.

“I always try to surprise but at the same time it's not a given. It takes hard work, dedication and a lot for me to get out those extraordinary times,” he said.

A bumper crowd roared Britain’s best to a series of superb displays as Kare Adenegan and Jonnie Peacock romped to season’s best victories in the para races.

Earlier, Laura Muir laid down a World Championships marker with imposing victory in the 1500m.

Muir, who broke Kelly Holmes’ British record over the distance at the IAAF Diamond League meet two years ago, ran a 57.74 final lap to far outstrip the field.

“London is a really fast track and it's always a great atmosphere,” said the Scot.

“The conditions are usually good and the whole vibe of the place is really special. It makes athletes raise their game.”

Zharnel Hughes was in fine fettle throughout, clocking 9.96 in the heats although a 9.95 season’s best wouldn’t quite be enough to win the final – taken by Akani Simbine by a slither in a slight wind.

There was a 50.83 personal best for Laviai Nielsen, a kit-carrier for Jessica Ennis at the London 2012 Olympics, in a 400m swept by Jamaicans Shericka Jackson and Stephenie Ann McPherson.

It was a fine day for the Jamaican contingent with Danielle Williams soaring to seventh on the all-time list with 12.32 in the 100m hurdles and Elaine Thompson cruising the 200m

Meanwhile Anzhelika Sidorova and Katerina Stefanidi couldn’t be separated in the women’s pole vault, both bowing out at 4.75m, while Tatsiana Khaladovich won the javelin with 66.10m.