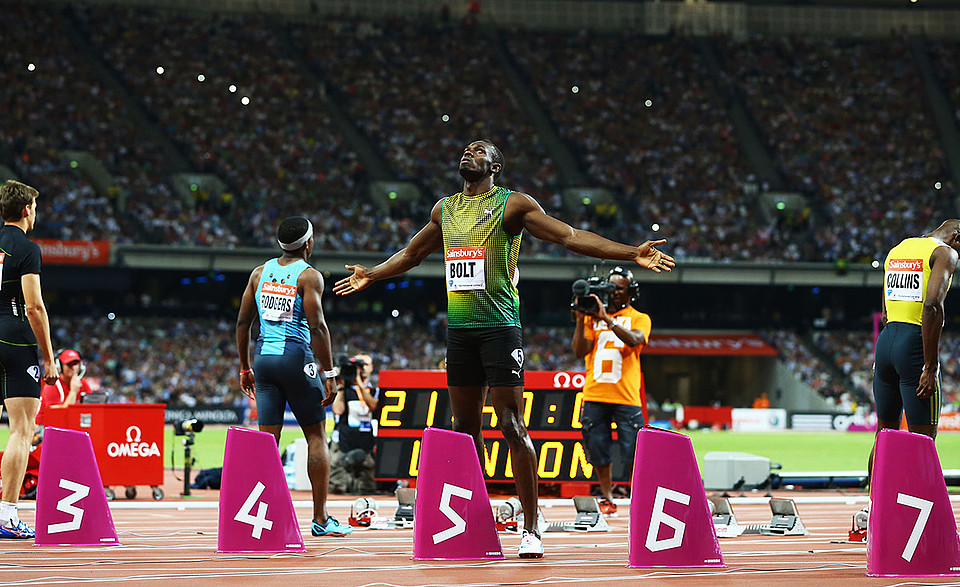 With the Diamond League set to return to London for the first time in four years in 2023, we’re taking you back to each of the six times the capital has welcomed the world’s best for the global series.

The London Diamond League was reincarnated into the world-class athletics meet weknow and love today exactly one year after the London 2012 Olympic and ParalympicGames.Fittingly titled the Anniversary Games, the first London Diamond League at the LondonStadium at Queen Elizabeth Olympic Park in July 2013 was a resounding success.The golden glow of London 2012 still remained as tickets sold out in 75 minutes morethan three months ahead of the first of three action-packed days.The roar that greeted British heroes such as Dame Jessica Ennis-Hill, Sir Mo Farah andJonnie Peacock returned as over 180,000 people packed into the London Stadium torelive 2012.

And it all started with none other than Usain Bolt being driven around the track on agiant rocket car, the Olympic 100m and 200m champion waving to his adorning fansthroughout.Bolt would headline theopeningdayasthe Jamaicanwon the 100m in a season’s best9.85 secondsbut there were literal fireworks after Grenada’s Kirani James’victory in the 400m.A summer heatwave was nearing it’s final stages by the time the three-day Anniversary Games came around and there were plenty of Brits that set the track alight.Farah, whowon his first two Olympic golds in London, gave Bolt a run for this money ashe manufactured the largest mass gathering of ‘Mobots’ as he cruised to victory in the3000m on the second day.

Fellow Super Saturday gold-medal winner Ennis-Hill appeared twice much to the delightof the crowd in the 100m hurdles and the long jump, the latter featuring a certainprotégé of hers.Katarina Johnson-Thompson, the future world champion in the heptathlon, would win thelong jump as the public adoration for herbegan to build after her Olympic debut in 2012.In a never before seen first, and building on the huge success of London 2012, theAnniversary Games concluded with a standalone Paralympic scheduleon the third day.Once again played out to a capacity crowd at the London Stadium, British fans weretreated to performances straight out of a Paralympic Games.With 2012 delivering seven British Paralympic champions in athletics,a host of themwere on show on a day that was simply too good to forget.Peacock returned to the track for amulti-classification 100min whichhefinished third–not needing to hush the crowd this time–while Hannah Cockroft was also among thewinners.The day aptly saw DavidWeir return to the track where he wonthreegolds in 2012, notincluding the marathon,andthewheelchair racerduly deliveredin the mile event,winning by over ten seconds.

Tickets for the London Diamond League at the London Stadium on Sunday 23July 2023 are on sale now. Tickets start from just £23 for adults,£13 for seniors and students and only £5 for juniors with an exclusive hospitality package also available.