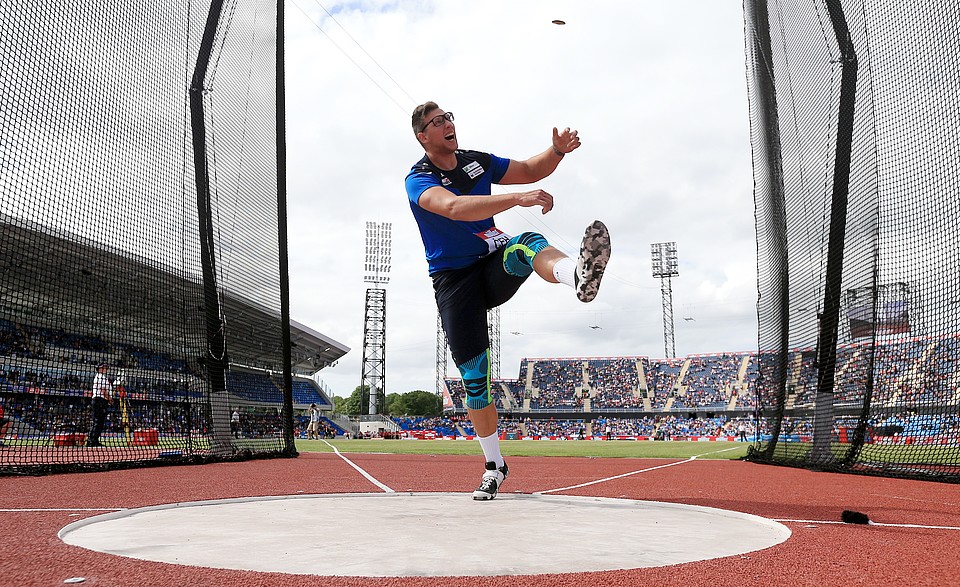 One of the performances of the Müller Birmingham Diamond League came in the men’s discus, and it was a surprise not only to everyone watching, but also to the athlete who produced it.

Slovenia’s Kristjan Čeh not only threw a national record with his mark of 71.27m, but it was also a Diamond League Record, a world lead, and meeting record.

It was the tenth furthest throw in history, and at the age of only 23-year-old, it is a sign of his great potential in this event for years to come.

The two-time European U23 champion, from 2019 and 2021, had a previous best of 70.35m which he achieved in 2021 in Kuortane, Finland. However, he revised the Wanda Diamond League history books when he unleashed the monster throw at the Alexander Stadium.

Čeh finished fifth at the Olympic Games last summer, and with a first Diamond League victory to his name, we could be hearing a lot more from the Slovenian on the international circuit in the future.

After his record-breaking throw, he said, “Well that was totally unexpected - to get a world lead, national record, meeting record and Diamond League record is amazing. In the warm-up I wasn’t in great shape, I missed all my throws, and they all went to the left but once the competition started it all came together. The conditions were great today.”

After opening with throws of 67.77m and 69.10 – further than any throws achieved by the rest of the field – he launched the discus out to 71.27m to revise the Diamond League record.

He continued, “This is my first goal of the season, to get a PB, so now I need to raise the bar of my goals.

“I have a few more competitions, all the Diamond League plus some in Slovenia throughout the season but the World Championships (in Oregon) are my focus.”

Čeh will no doubt be one to watch on the Wanda Diamond League circuit this season, and many more to come.