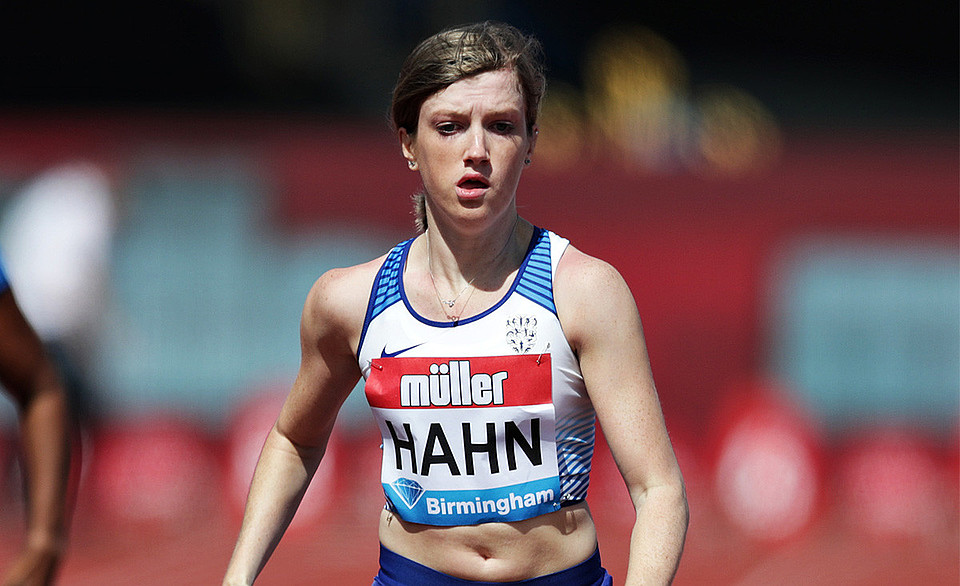 With just a few days to go until the Müller Birmingham Diamond League on Saturday 21 May, a host of Paralympic, world and European medallists – including three champions from Tokyo and eight Paralympic medallists overall – are set to descend upon the newly renovated Alexander Stadium in Birmingham.

Hahn defended her T38 100m Paralympic title in Tokyo last summer, equalling her world record in the process, clocking 12.38. The 25-year-old, coached by Leon Baptiste, is one of the leading names in world para athletics, holding a Grand Slam of titles across the Paralympics, worlds, Europeans and Commonwealth Games.

On competing at the Alexander Stadium on Saturday 21 May, she said, “It’s always a huge honour to compete in front of a home crowd, and it’s even more special to be racing on a new track at this year’s Diamond League. I’ve seen some of the photos on social media and it looks incredible, so I cannot wait to get out there.

“The most exciting part is when you walk out onto that track and there are people cheering for you, and when your name is announced the crowd go crazy, and that really helps us to perform to a high standard, so it will be great to experience that again next week.”

As for Cockroft, the legend of Paralympic sport will once again be looking to thrive on the home crowd support as she takes on the 400m in Birmingham.

The Yorkshire-born athlete won Paralympic titles number six and seven in Tokyo as she stormed to gold in the T34 100m and 800m – in the former she sliced a huge margin off her world record to set a time of 16.39.

On Saturday she will take on the one-lap distance alongside double European champion Fabienne Andre [T34], and Paralympic finalist, Mel Woods [T54].

On returning to the Alexander Stadium to compete at the Müller Birmingham Diamond League, Cockroft commented, “It’s very exciting to be one of the first out on that track. It’s all about home advantage. The fact that we are racing at the Diamond League, and I’ll be one of the only girls [in my classification] to have touched it before the Commonwealth Games is very exciting.

“There is nothing like a British crowd – the atmosphere, the noise is second to none. No country beats it. It’s a nice to have a whole home crowd who know your name and believes in you.”

The meeting will also see the men’s mixed ambulant 100m and men’s mixed wheelchair 400m in the programme of events. In the ambulant 100m, Paralympic T38 100m champion Thomas Young will take to the track alongside European medallists Zac Shaw [T12] and Zak Skinner [T13], while in the wheelchair 400m, Paralympic relay silver medallist Nathan Maguire, and six-time Paralympic champion David Weir join the line-up. There will also be a mixed F55/57 seated throws shot put event starting at 11:35am.

The Müller Birmingham Diamond League is the second meeting of the 2022 Wanda Diamond League series. The series now comprises 13 meetings in total, concluding with a single final across two days in Zurich (7-8 September). Each meeting will be broadcast globally in a live two-hour programme.

Tickets for the Muller Birmingham Diamond League have now sold out having reached the capacity permitted for this event. Catch all the action live on BBC this Saturday 13:15 – 16:30.