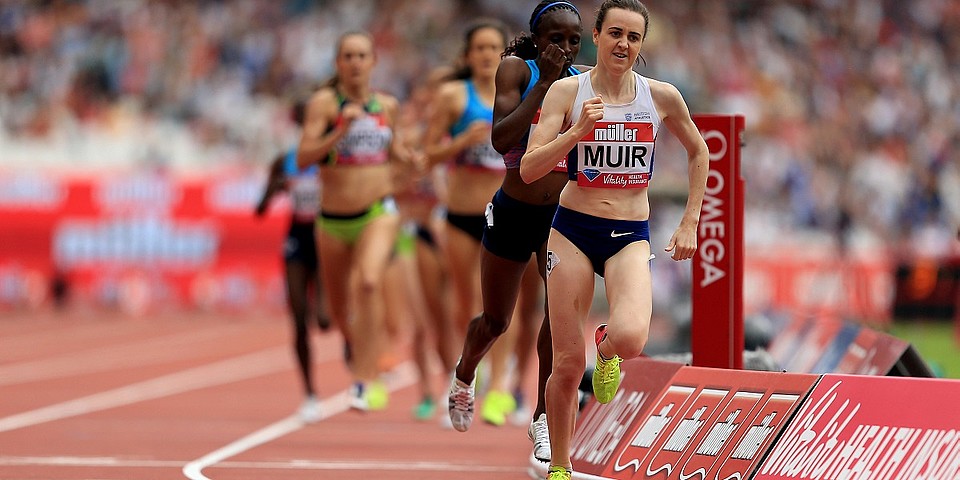 The European champion will compete in the 1500m at the London Stadium.

European 1500m champion Laura Muir will go head-to-head with some of the world’s best distance athletes over 1500m at the Müller Anniversary Games, in the London Stadium on 20–21July.

Fresh from personal best runs in the event of 4:01.50 and 4:05.82 respectively, the British duo of Sarah McDonald and Jemma Reekie complete the field at the Müller Anniversary Games, with the event taking place ten weeks before the start of the IAAF World Championships in Doha.

At the beginning of March, Muir retained both her 1500m and 3000m European indoor titles on home turf in Glasgow.

The Scottish athlete won the 1500m at the Diamond League event in Stockholm last month, then clocked a season’s best 3:56.73 in Rome a few weeks ago – her second-quickest time ever - as she finished fractionally behind Genzebe Dibaba of Ethiopia.

Muir said: “This year is a huge one for me and the race at the Müller Anniversary Games is going to be a key test ahead of the world championships at the end of the summer.

“It’s a really strong field with the likes of Faith [Kipyegon] and Konstanze [Klosterhalfen] in the mix, so I’m anticipating a big test with a view to producing a really strong performance in London in a few weeks’ time.

“I know the amazing crowd in the London Stadium will be supporting me and all the British and overseas athletes. They’re always fantastic and it really is a wonderful experience competing there.”

She continued:“Winning the European outdoor title last summer and defending my European indoor titles earlier this year has given me more confidence and I’m really excited about this season.

“The Müller Anniversary Games is 10 weeks before Doha so the countdown clock will really start ticking there, so I can’t wait to get out and race.”

The Müller Anniversary Games has seen history made on numerous occasions in recent years, with some memorable performances from British names such as Muir, Sir Mo Farah and Dina Asher-Smith, while para athletics stars Kare Adenegan and Sophie Hahn both broke world records at the 2018 edition of the event.