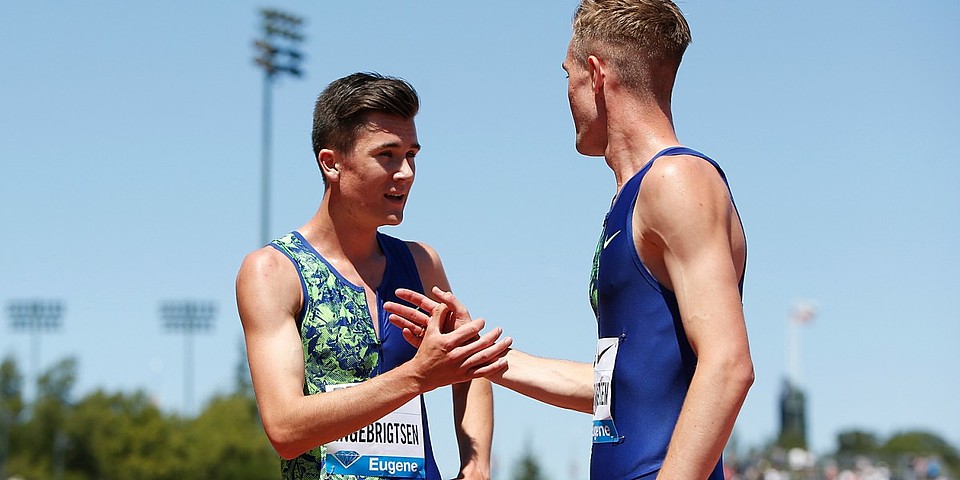 Still only 18 years old, Norwegian wonderkid Jakob Ingebrigtsen has taken the athletics world by storm, thanks to his dominance over the European distance events in the past twelve months.

The youngest of the three Ingebrigtsen brothers, Jakob secured double gold in the European Championships over 1500m and 5000m, before adding another gold at the European Indoor Championships in Glasgow this year over 3000m, as well as a silver in the 1500m.

The youngster has been in great form over the 1500m on the Diamond League circuit, but steps up to the 5000m, a distance that he has not raced on a world stage before as a senior athlete. He faces stiff opposition with some of the top distance runners in the world joining him on the start line in London including Hagos Gebrhiwet (ETH) and Nicholas Kipkorir Kimeli (KEN).

Yet, despite diving into the relative unknown, he is self-assured in his ability to contend with the best, stating that he’s in ‘the best shape ever’. His race at the London Stadium will be his first 5000m this year, but his preparation is no different.

Offering an insight into what training typically entails, Jakob says: “We do a lot of mileage. It’s not the traditional 1500m type of training so all in all we’re 5k runners preparing for 1500m in mid-season. I usually do a lot of 5k pace training, so I’d say I’m as good at that as I am at 1500m.

“I’ve done a lot of mileage over the last couple of months, so I think I can get a PB and be very close to the national record.”

That Norwegian national record, surprisingly, doesn’t belong to an Ingebrigtsen, but Marius Bakken who ran 13:06.39 in Rome in 2004. All three brothers are close to that record, with the fastest being Filip at 13:11 and Jakob, currently the ‘slowest’, at 13:17. It’s well-documented that the three brothers are very close, but there is still an element of competitiveness between them.

“We keep track of who’s the fastest in each distance and for now Filip is the fastest with his race in Rome,” he says, “But I’m going well in training and 5000m is probably my best event compared to Filip and Henrik. I’m looking forward to at least getting the family record.”

For him to get any sort of record, whether it be the best in Norway or the best in his household, he’s hoping that the fastest in the field can make it a quick race. It’s evident from his past victories that Jakob can run quick, but also thrives in a tactical race.

He admits that his victory in Berlin last year in the European Championships’ 1500m was a case of the three brothers randomly having the same idea, stating there was no plan to work together during the race. For such a young athlete, he frequently pulls off tactical masterclasses and doesn’t rule out the idea of winning the race.

He adds: “I like to watch a lot of races and talk tactics with my brothers. When you go into the last couple of laps, it’s always the strongest and fastest guy who wins. If we’re just fast enough and don’t do stupid things during the race, there’s a chance for us to beat the Ethiopians and Kenyans.”

While he still decides whether he will double up over 1500m and 5000m in Doha at the IAAF World Championships, Jakob Ingebrigtsen will get a taste of the world field for the first time in the 5000m on Saturday 20 July.