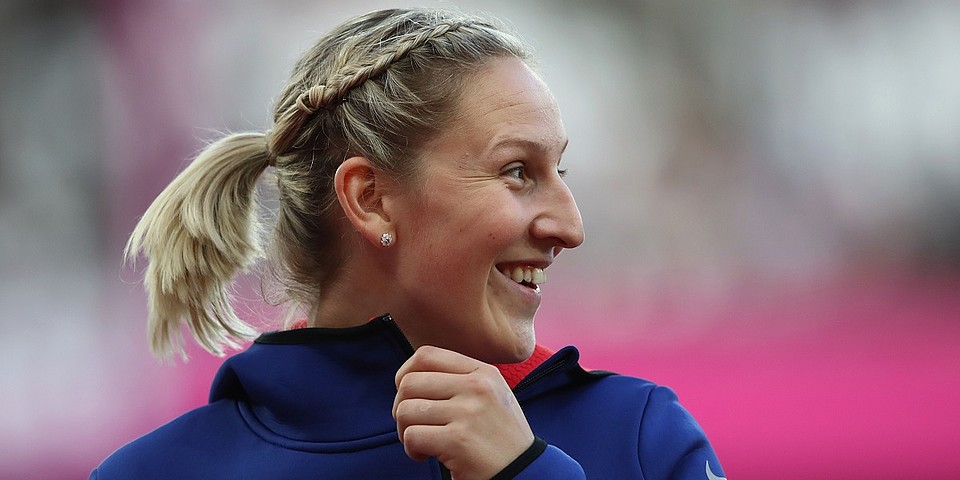 A glittering women’s pole vault field will kick the Muller Anniversary Games into gear as one of the opening events of the illustrious IAAF Diamond League meet.

Nine of the world’s finest vaulters, boasting four Olympic, 15 world, 18 European and three Commonwealth medals between them, will assemble at the London Stadium on Saturday July 20.

But behind the medal tallies, the personal bests and Diamond League trophies, what are they really like?

As Britain’s Holly Bradshaw prepares to compete at the iconic Olympic venue for the fourth summer in succession, she lifts the lid on her pole vault pals…

She's incredible. I get on really well with Kat. When we're out there, even in Berlin for the European Championships last year, we're just chatting.

I use this special tape from America, but they stopped making it and I remember chatting to her about it at Diamond League Shanghai, saying I didn't know what to do. Kat brought me two rolls of this tape over from the States that she had lying around in the garage! It was super cute. She's great to compete against and she always raises her game.

Sandi is another amazing character. She's so bubbly, lovely and carefree when she's out there. There's no edge to her. If I've just come off and want to have a chat with her, she's open to that.

We have fun and chat about complete garbage when we're out there. It makes you feel quite relaxed. She's another person I love competing with.

I love Yaz! She speaks pretty much no English, but she's always smiling. I remember we were at a street meet once and we got to choose our music. She had this crazy Spanish song and it's like something you'd hear if you were on holiday! I just remember she was just dancing and loving life and I admired that so much.

Some people are so, so serious and look like they're not enjoying it. You never see that with her and that rubs off on me.

Sidorova is an insane competitor. I've competed against her a lot and we clashed at the European indoors in Glasgow. She's in incredible form and I remember when I won in Gothenburg she got bronze. We're similar ages so we've been competing for a long time. It'll be good to see her out there jumping.

I was wondering when Eliza was going to start competing. She's similar to me in that she's had quite a lot of injury trouble and going through that as an athlete, you never wish it upon someone.

It's great to see her getting back out there competing. She's really young, she loves the sport, loves life and is always smiling. I like competing against people like that because it's infectious.

She's quite new to the circuit. She came onto the scene in 2017 but she's a young talent. She was out competing in Rabat and she's in great form. She's a good addition to the field.

This field is so stacked! I love Alysha. She's a great competitor and apart from the Brits, I think I get on with her better than anyone.

She speaks really good English. I've always said when I retire I want to be a mother and she has had a baby and come back to the sport. We talk a lot about her little kid, who's now running about. We get on really well. We obviously take our sport seriously, but we don't take ourselves too seriously and she's the same.

Tickets for the Anniversary Games are now on sale at www.britishathletics.org.uk.