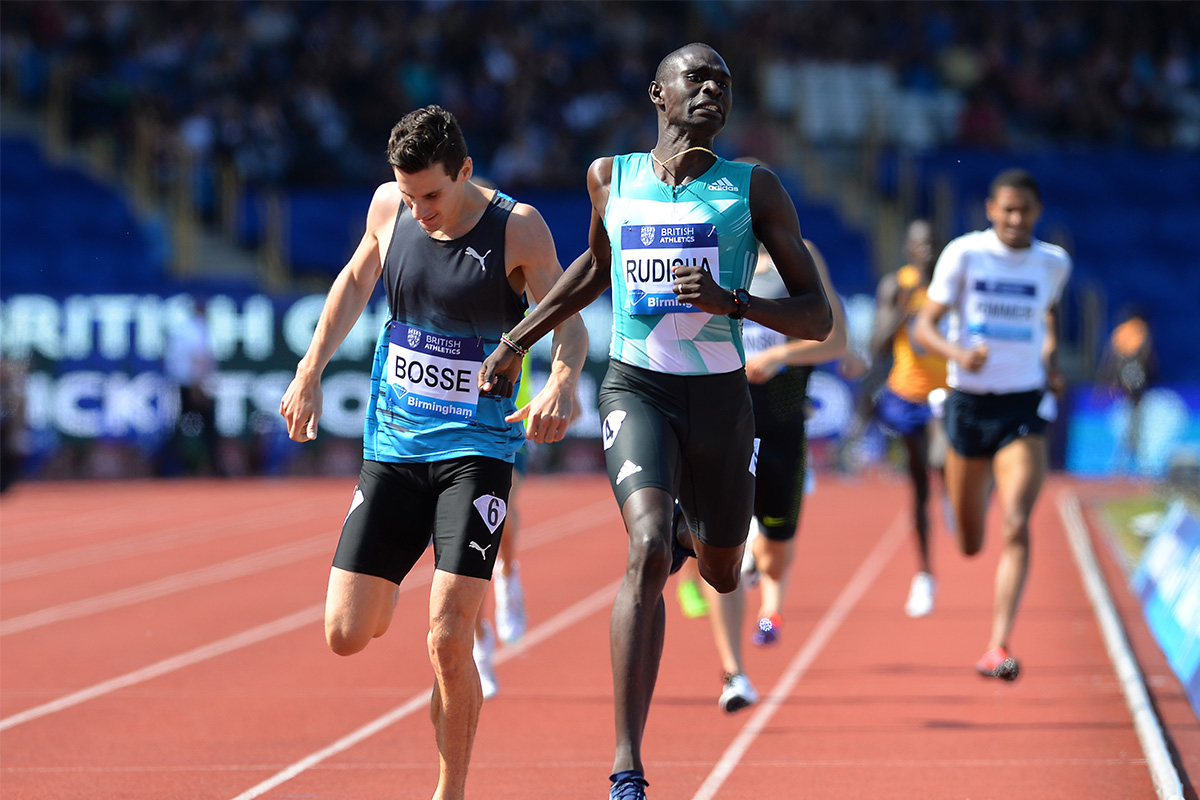 In a new flashback series as we build up to the Müller Birmingham Diamond League, we take a look at past Birmingham athletics meets, and today we wind the clock back to the 2016 edition of the event taking place a couple of month’s prior to the Rio Olympic and Paralympic Games.

The meeting saw eight stadium records and six world leads fall on an entertaining day in the West Midlands.

Andrew Butchart, also hoping to join Farah in Rio over the 5000m, ran a massive personal best of 7.45.00 and subsequently broke the 32-year-old Scottish record.

David Rudisha delivered a stunning front run performance to take victory in a rarely run 600m, smashing his own stadium record in 1.13.10 with Pierre-Ambroise Bosse close behind with 1.13.21. Briton, Michael Rimmer finished in a respectable fifth with a personal best of 1.15.87.

Dina Asher-Smith was fourth with a time of 11.22 in the women’s 100m, with Ashleigh Nelson fifth and Desiree Henry seventh. Earlier in the day Asher-Smith and Henry clocked 11.07 (+0.8) and 11.08 respectively in their heats.

Cuban Yarisley Silva broke the Diamond League pole vault record thanks to the best clearance of the year, 4.84m and giving her victory over Diamond Race leader Katerina Stefanidi of Greece. While Holly Bradshaw made a welcome return to competition in the for the first time since the previous September, clearing 4.35m to finish eighth.

Francine Niyonsaba’s committed front run was rewarded in the women’s 800m as she broke both the meeting record and Kelly Holmes’ 20-year-old stadium record, to take victory in 1.56.92.

The women’s triple jump saw the biggest upset of the day as Caterine Ibarguen’s 34 competition unbeaten streak came to an end, with Olga Rypakova hop, stepping and jumping out to 14.61m to win by 5cm.

There was a further upset in the shot put as Tia Brooks beat Valerie Adams by 10cm, thanks to a final round throw of 19.73m.

Six years on, world-class athletics talent returns to the West Midlands for the 2022 Müller Birmingham Diamond League. The likes of Dina Asher-Smith, Andre de Grasse, Elaine Thompson-Herah, Keely Hodgkinson and Josh Kerr will be on show at the newly revamped Alexander Stadium.

To experience the incredible competition, get your tickets: BUY HERE