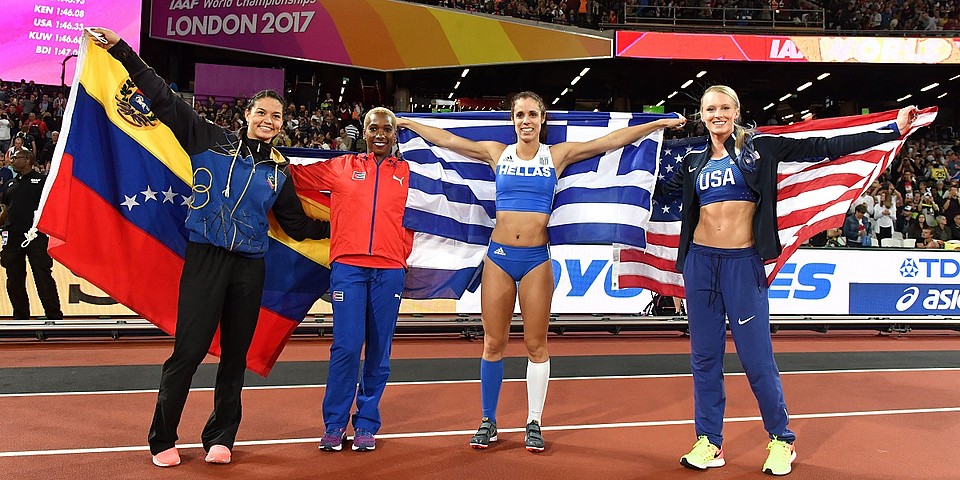 The globe's foremost female pole vaulters will go head-to-head in a sparkling field for the Müller Anniversary Games, set for the London Stadium on 20–21 July.

The women’s pole vault will be one of the highlights of the weekend, at the prestigious two-day Diamond League meeting, which takes place ten weeks before the start of the IAAF World Championships in Doha.

Morris has had a strong start to her outdoor season, winning in Rabat at the weekend, with a season’s best clearance of 4.82m, ahead Stefanidi, Sidorova and Bradshaw.

The American will be looking to continue this form at the Müller Anniversary Games, which will be the first time she’s competed in the London Stadium since she won the world silver medal behind the Greek star two years ago.

Morris said: “I can’t wait to return to the London Stadium for the Müller Anniversary Games, next month.

"The stadium has such a rich tradition in global athletics having hosted the Olympics and the most recent World Championships.

"I love vaulting there, it is such an electric atmosphere which always brings out the best in me.

“I know most of the best women in the World will be there to compete. It will be a fierce competition setting the stage only ten weeks ahead of the world championships.

"It’s going to be a really important competition for me, I am approaching it like a dress rehearsal for World Champs.”

Despite missing huge chunks of training through injury in recent years, Bradshaw has proved she’s a world-class talent, by consistently challenging the best vaulters in the sport and narrowly missing out on Olympic and outdoor world championship medals.

After a good 2019 indoor season, which saw her clear 4.81m at the Müller Indoor Grand Prix in Birmingham and win a European indoor silver medal in Glasgow, she will be looking to get close to her British record of 4.87m and gain more confidence as she begins her countdown to Doha.

Bradshaw said: “The Müller Anniversary Games is always a huge event and it will be great to back competing in the London Stadium in front of a home crowd.

“After so many injury setbacks in previous years, I really want to build on the progress I made last summer and during the indoor season this year.

"I’ve worked on improving my speed and consistency on the runway, over the winter training period, and I know I have the big clearances inside me.

“I know jumping 4.80m+ is of course within my capabilities but this year it’s all about patience and making the right decisions to jump high at the appropriate times.

"I know I will be ready for Doha however competing in the London stadium this July will be a massive opportunity and stepping stone in my preparations.”