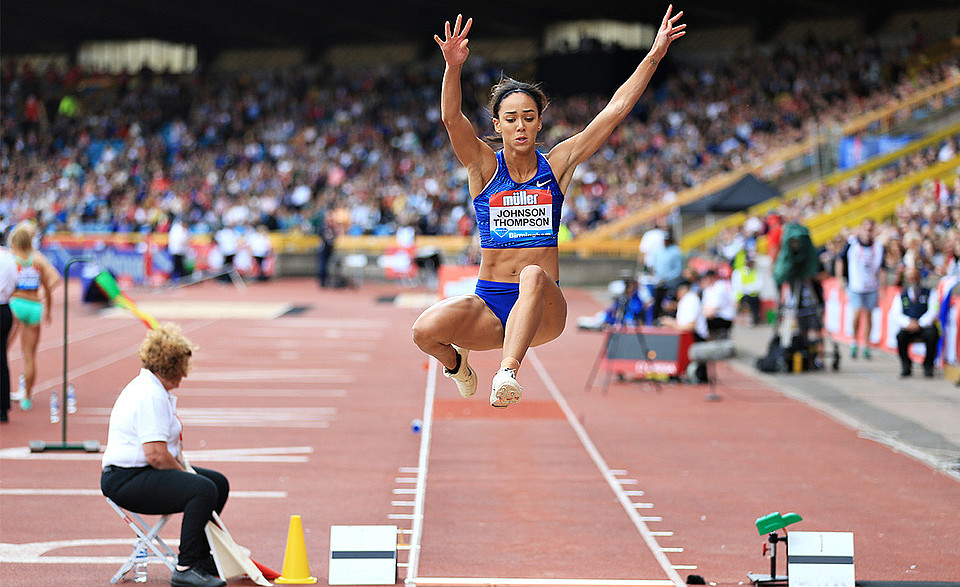 Reigning world and Commonwealth heptathlon champion Katarina Johnson-Thompson (GBR) will compete in the long jump at the Müller Birmingham Diamond League on Saturday 21 May.

The 29-year-old, who is ranked third on the British all-time list for long jump with a personal best of 6.93m (indoors), is also a world indoor pentathlon champion (2018), world indoor long jump silver medallist (2014) and European Championships silver medallist (2018); her outdoor best is 6.92m. In addition to holding the British heptathlon record (6981) - a mark she achieved in winning her global outdoor title in Doha 2019 - she’s the national high jump record holder with a best height of 1.98m.

“I’ve had a lot of ups and downs in my career, and it’s really taught me to grasp opportunities when they come along as you never know what is around the corner,” said the Liverpool Harrier who is due to make her first competitive appearance in the UK since her Olympic Games were ended due to injury.

“I’m hoping to defend both my World and Commonwealth titles this summer and that’s a huge motivator for me. To compete in the Alexander Stadium ahead of the Commonwealth Games is a fantastic opportunity. I’m working on some new things, it’s still relatively early season and although it’s important for me to perform at the highest level, it’s also about building slowly towards the major championships, gaining confidence, and just getting back out there and enjoying myself. I love being an athlete and competing in front of big crowds, so the opportunity to compete in front of the British fans at home is very special and one I’m really looking forward to.”

The Müller Birmingham Diamond League is the second meeting of the 2022 Wanda Diamond League series which starts with Doha on 13 May and concludes with a single final across two days in Zurich (7-8 September). Each meeting will be broadcast globally in a live two-hour programme.

To enjoy this women’s long jump and the rest of an exciting Diamond League programme book your tickets now.