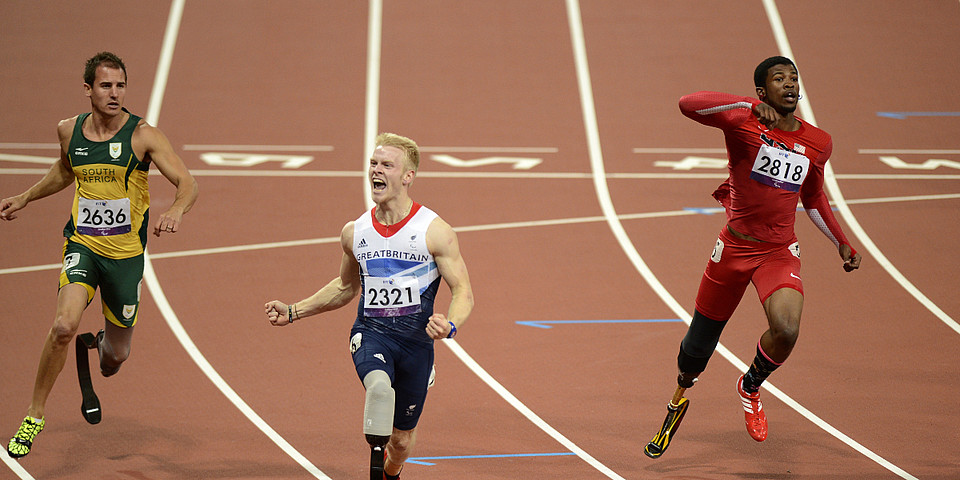 • Saturday’s race will be the third Anniversary Games to see Browne vs Peacock.

Browne and Peacock are first and second on the all-time list in the classification, with both regarded as two of the fastest Paralympians in history.

Their entertaining rivalry has intriguingly developed since 2012 with Browne winning their past two encounters at the Anniversary Games, including a world record-breaking run in 2013.

Peacock’s career breakthrough came in 2012 when he won Paralympic gold ahead of Browne in the London Stadium. However, they haven’t faced each other at a major championship since 2013 when the American sealed the world title in Lyon, an accolade he would later retain in Doha two years later.

Injuries and a brief retirement for Browne have meant the duo haven’t faced one another since 2015, so this is a long-anticipated match-up.

Browne briefly retired from the sport after being forced to withdraw from the 2016 Paralympics but made a comeback in 2017 to defend his world sprint titles, but a hamstring injury in the build-up ended his campaign.

Peacock, in the form of his life, sealed his first world title in 2017 at the London Stadium – at the biggest ever World Para Athletics Championships - overpowering his rivals to seal a golden triumph on the stage of his most famous victory in 2012.

With the late addition of Browne, taking on his greatest rival in Peacock, this will be one of the must-watch races over the weekend.