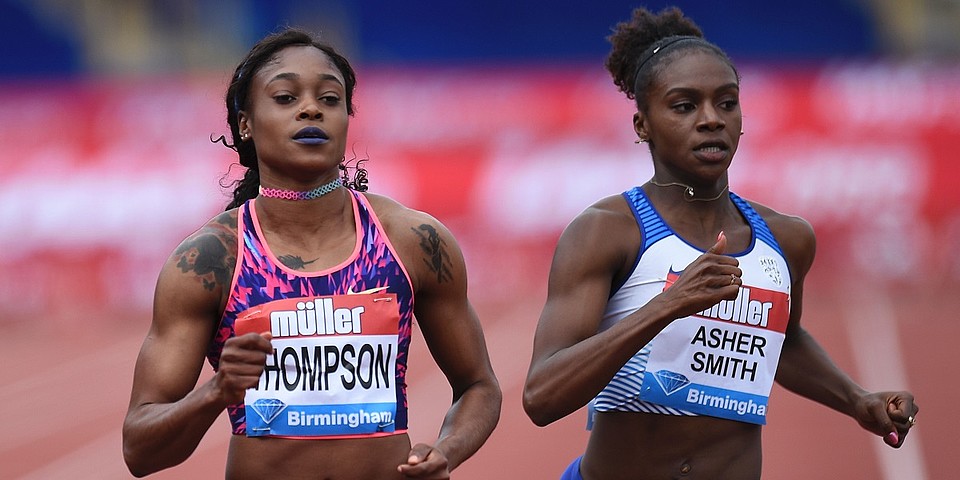 The best sprinters in the world will congregate in the capital this summer as the Muller Anniversary Games lights up the London Stadium once again.

Competition for titles held by USA’s Ronnie Baker and Jamaica’s Shelly-Ann Fraser-Pryce will be fierce with Brits Dina Asher-Smith, Reece Prescod and Zharnel Hughes all featuring.

With the outdoor season well underway, here’s a look at how the eight confirmed speedsters have fared in the early months of the summer.

Commanding. Missed the indoor season so has put the hammer down early, strolling to 200 wins in Doha and Stockholm. Despite going sub-11 in Rome she was singed by Thompson two lanes over.

Busy season so far, competing at three of six Diamond League events. Threatened sub-11 over 100 in Hengelo and mixed fortunes over 200, winning in Oslo but blown away by Asher-Smith in Stockholm

What she said: “I'm coming back from injury and I'm getting faster and faster, that's part of the plan - I just need more races.”

Opening with a hand-timed sub-11 in her home country, the world silver medallist over three distances finished fourth in Rome and was pipped by Blessing Okagbare at the line in Rabat

What she said: “I am very happy, even if I finished second (in Rabat). The time was excellent and I execute the race I wanted.”

Bubbling away nicely. Struggled in Shanghai but executed a nigh-on perfect race in Rome to land early blows on Asher-Smith and Ta Lou. Clocking up the miles – she won at the Nanjing World Challenge, medalled at the World Relays in Japan and is currently competing at the Jamaica National Championships.

What she said: “As the first competition of the season, I was expecting to perform better (in Shanghai).”

Brooding. Blake broke the 10 barrier in early May in Florida and went on to win the 200 at All Comers but being beaten by Hughes on home patch will have hurt.

What he said: “I’m the fastest man in the world. I’m looking forward to trying to take down Hughes and Prescod on their own patch.”

Fighting back from hamstring issues that kept him out for much of 2018, de Grasse took the 200 title in Rabat but going sub-20 at Golden Spike will please him the most.

What he said: “I am not fully healthy, I still have a lot of work to do to be really back in shape. I want to be back where I was 2 years ago.”

Albeit not on the Diamond League circuit, the European outdoor champion has impressed, returning to Kingston, where he clocked 9.91 last year, and the Racers Grand Prix to beat Yohan Blake in 9.97.

What he said: “My execution was OK in Kingston. I know it can be better but the season is long so I have time to fix it.”

The 9.94 racer surged to victory in Shanghai first up but limped out of Oslo, which will be a concern.

What he said: “My mantra is now just keep it simple and don’t overcomplicate things. My season will revolve around the Diamond League events.”

Tickets for the Muller Anniversary Games are now on sale at britishathletics.org.uk.