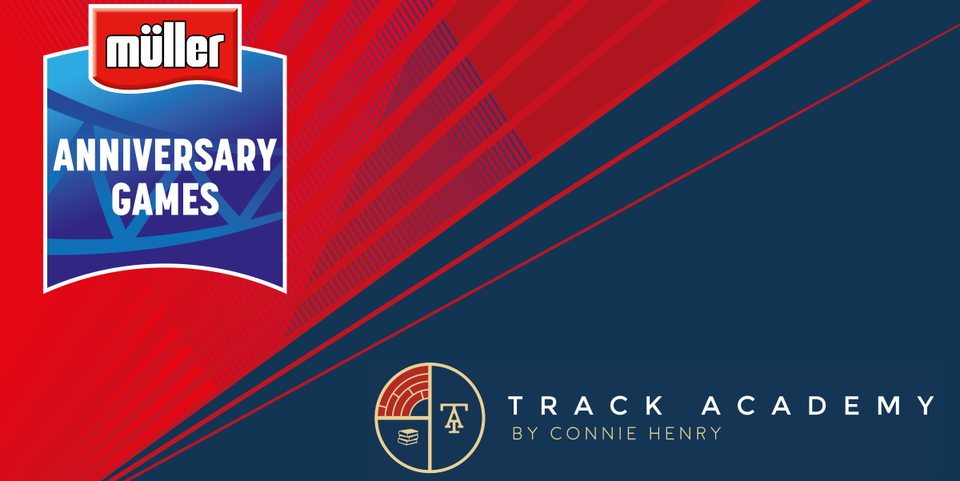 The world’s best athletes arrive for London’s Muller Anniversary Games in July but the prestigious event is not just about the elite, it’s also about supporting young people.

This year one of the highlights of the athletics calendar - which features the likes of sprint queen Dina Asher-Smith and 400m megastar Wayde van Niekerk - is working with Track Academy as Official Charity Partner to ensure young people in London feel the benefit of the global event.

The London athlete, now 28, is one of the country’s leading sprinters but was on a different path 13 years ago, on the edge of gang culture and struggling at school.

At 15 he joined Track Academy where he was provided mentoring, study support and the athletics training programme to help him realise his full potential.

“Track Academy is the best thing ever,” commented Lawson, who went on to compete for Team GB and study at university. “It kept me grounded and focused on what I needed to do.

“I see it as a second home in terms of; I get away and I just go there and focus. There’s a mentoring scheme which helps young kids develop to what they want to do.

“It’s not just track, you have the educational aspect of it and the family side of Track Academy.”

Gang culture in London is just as prevalent as ever, perhaps more so now, but Track Academy offers young people a different way, and you can help too.

As part of the relationship between British Athletics, the Muller Anniversary Games and Track Academy, the charity will receive donations from ticket purchasers who will have the opportunity to donate £0.25, £0.50 or £1.00 at point of ticket confirmation for the Müller Anniversary Games.

As well as that partnership, hundreds of London youngsters are preparing to battle for the opportunity to compete at the Muller Anniversary Games on the weekend of 20-21 July.

The London Boroughs Connect Relays will see young athletes representing their schools and boroughs, in an initiative which will bring community athletics in London.

The Mayor of London, Sadiq Khan, commented: “The Anniversary Games are well established as one of the highlights of the international athletics calendar, and we look forward to welcoming the elite competitors to London for what is sure to be another exciting edition of this event.

“What’s more, it’s fantastic that the best of London’s young up-and-coming athletes will have the chance to compete and I wish them all the best of luck.”

“I love competing in the London Stadium,” Asher-Smith said. “And I think it’s fantastic that so many young people from across London, will get the opportunity to be part of the Müller Anniversary Games and the Festival of Athletics.

“It will be a special week for everyone involved, and my advice to all the London Boroughs Connect Relays competitors is, run as fast as you can, but above all have fun!”

Tickets for the Müller Anniversary Games are on sale at www.britishathletics.org.uk