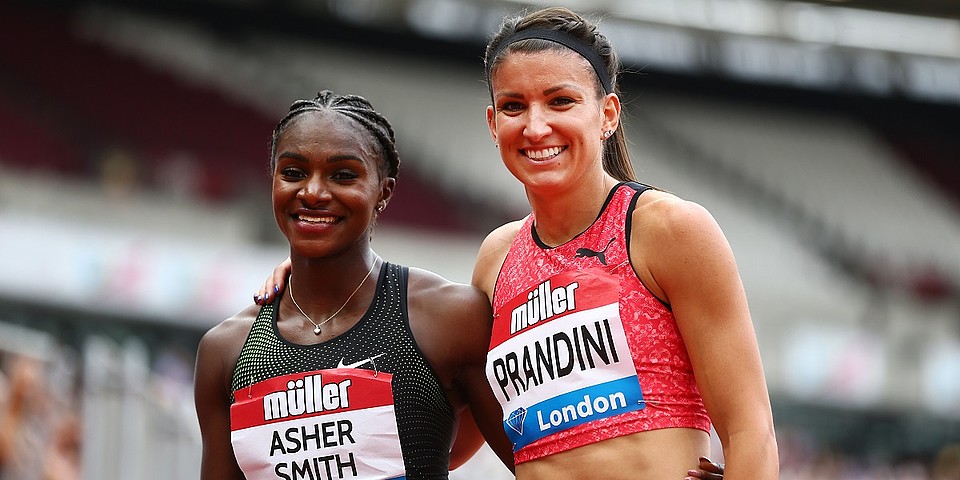 Dina Asher-Smith doubled down on glory at the Muller Anniversary Games after a season’s best at IAAF Diamond League Lausanne.

The triple European champion will top the bill at the London Stadium on Sunday July 21 with a mouth-watering women’s 100m set to act as a crescendo as the meet’s closing event.

“My coach will be frustrated about my start,” admitted Asher-Smith.

“I was annoyed when I crossed the finish line. I'm obviously not in the best shape I can be.

“At the Diamond League in London I want to run as fast as I can and win. I have a season's best so I can't complain.”

Both Ta Lou and Schippers registered season’s best times of 10.93 and 11.04 respectively, suggesting they are both peaking with the Anniversary Games just a fortnight away.

Meanwhile, Andre De Grasse (CAN)’s comeback continued with 19.92 in a memorable 200m race in which Noah Lyles became the fourth fastest man in history over the distance with 19.50.

Andrew Pozzi (GBR)’s progress rolls on and he registered a season’s best 13.28 from lane eight in a race won by Spain’s Orlando Ortega.

Holly Bradshaw (GBR), another building up her work towards the Anniversary Games after injury, cleared 4.72 for the first time this season in a city event won by American Katie Nageotte.

The women’s 400m, one of the earlier events set for Stratford on Saturday July 20, is being swept being Salwa Eid Naser who smashed the meeting record to claim victory in Lausanne.

The Bahraini has won all four one-lap Diamond League events this season and dipped under the 11-second mark for the first time with a scorching 49.17, with Brit Laviai Nielsen finishing fourth.

And the women’s javelin, another event to grace the Anniversary Games’ opening day, saw Germany’s Christin Hussong claim a first victory of the season in the absence of Huihui Lyu.

Tickets for the Muller Anniversary Games are now on sale at britishathletics.org.uk