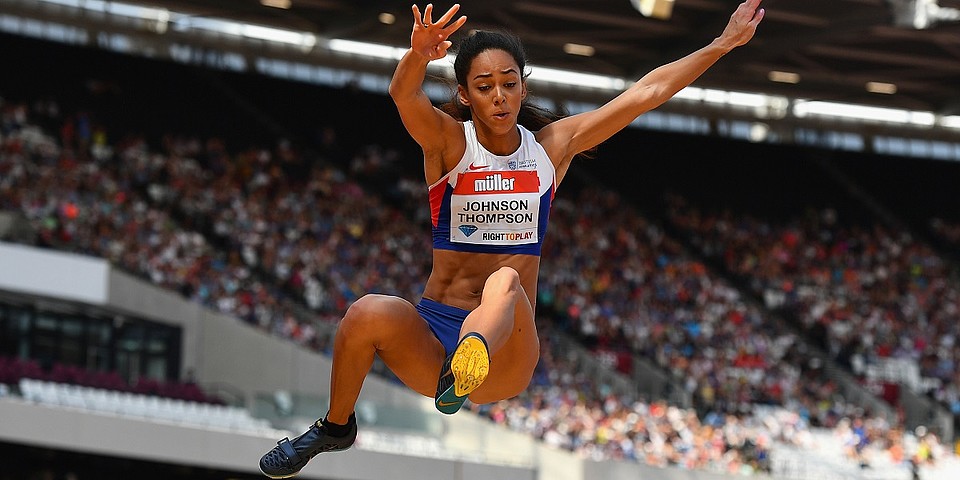 Commonwealth heptathlon champion Katarina Johnson-Thompson will compete on both days at the Müller Anniversary Games, in the London Stadium on 20–21 July.

The multi-events star will line up in the 200m on day one, followed by the long jump on day two, exactly ten weeks before the start of the IAAF World Championships in Doha.

Johnson-Thompson has, so far this year, continued to produce the good form and confidence she found in 2018, a pivotal year in which she won the World Indoor pentathlon title, followed by her first major senior heptathlon medals; gold at the Commonwealth Games in Australia and silver at the European Championships in Berlin.

In March, the Liverpool athlete won her second European Indoor pentathlon title in Glasgow. She then produced an exceptional performance in Austria last month, to win the heptathlon at the Gotzis Hypo-Meeting, with a personal best and world-leading score of 6,813 points. This beat her previous best score of 6,759, set in Berlin on her way to winning the European silver medal last year.

Johnson-Thompson will be hoping for a quick time over 200m where she will line up against some of the fastest women in the world. She’ll also be looking for a big distance in the long jump, one of her strongest disciplines and an event in which she won a World Indoor silver medal in 2014.

Johnson Thompson said: “I’m really looking forward to competing on both days at the Müller Anniversary Games this year. I love this meet and the London Stadium is such an amazing venue, there’s no place like it in the world.

“With just ten weeks to go until the world championships, all the best athletes will be competing with an eye on being in the best shape for Doha. I’ll be doing the same, trying to put together what I’d be working on in training to produce good performances on both days.”

She continued: “I’m really settled now, in France, and the improvement in my performances have reflected that. My coach and training group are great and working with them has definitely given me more confidence.”