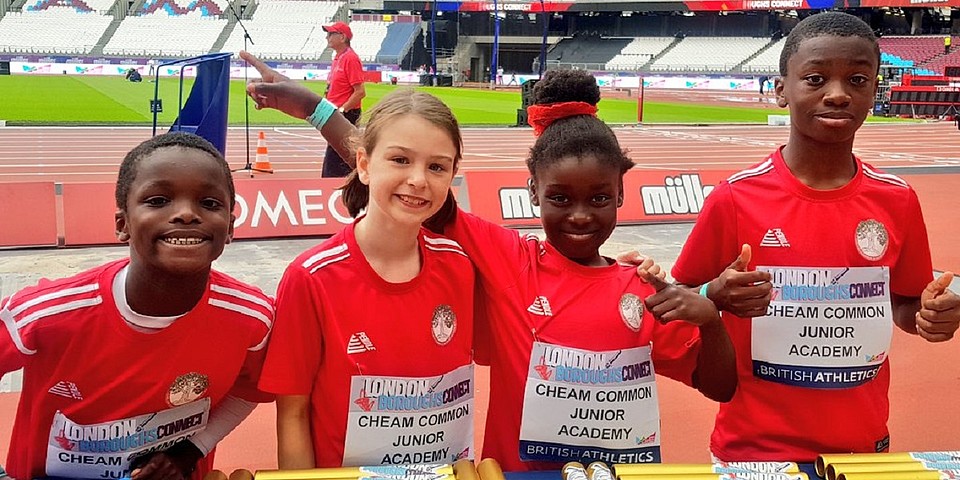 The 2019 Festival of Athletics is set to take place alongside the Müller Anniversary Games over the next four days, bringing community and elite athletics together.

Beginning on Thursday 18 July, the festival will kick off with the London Boroughs Connect Relays, as school children all across London battle for the opportunity to compete at one of the world’s biggest athletics events.

London Boroughs Connect Relays will see young athletes representing their schools and boroughs, in an initiative which will bring community athletics in London, together with the elite end of the sport, as part a four-day Festival of Athletics at Queen Elizabeth Olympic Park.

Friday will host the Müller Sports Day, where four London schools of approximately 150 pupils will compete in traditional school sports events as well as interacting with elite athletes in attendance.

Sunday’s events begin with the Women’s Couch to 5k, aiming to boost fitness among women over a 12-week programme, ending with a 5k, which will end inside on the track at The London Stadium.

Over 1200 women are set to get active in the event as the joint activity between British Athletics and BBC aims to get more women get involved with the sport as part of a healthy lifestyle in a practical way. Furthermore, all of those competing will receive free entry to the second and final day of the Müller Anniversary Games as well as the opportunity for families of runners to purchase tickets at the priority price point.

The Club:Connect Relays take place from 12:16pm shortly afterwards, with sprint relays across Under 13, 15, 17 and 20 in eight races, with £250 up for grabs in each race for the winning club.

The scheme, initiated in 2014, has delivered as inspiration for young athletes, with some former Club:Connect athletes now competing for the Great Britain & Northern Ireland Under 23 team, proving to have a positive effect on developing athletes.

The 2019 Festival of Athletics and Müller Anniversary Games will take place from Thursday 18 July to Sunday 21 July at Queen Elizabeth Olympic Park.

British Athletics looks forward to continuing to build these community events and work with our partners: GLA, LLDC, LS185 and Bobby Moore Academy.

Major Events Director for British Athletics, Cherry Alexander OBE said: “These community events only help build excitement towards the Muller Anniversary Games and are a perfect way to get local people involved in athletics at every level.

“The Anniversary Games may be a showcase of the finest athletes in the world, but it’s always important to remember where the heart of athletics lies and that is with the communities.

"Every elite athlete has a story of how they became involved in the sport and we hope that these events can inspire the next generation while promoting active sport.”

Lyn Garner, LLDC Chief Executive, said:“What better way to round off London Stadium’s amazing summer of events than giving schoolchildren and community groups the chance to compete alongside some of the world’s finest athletes?

"That’s what the Olympic legacy is all about and I’m confident this great start will see the Festival of Athletics will go from strength to strength.”