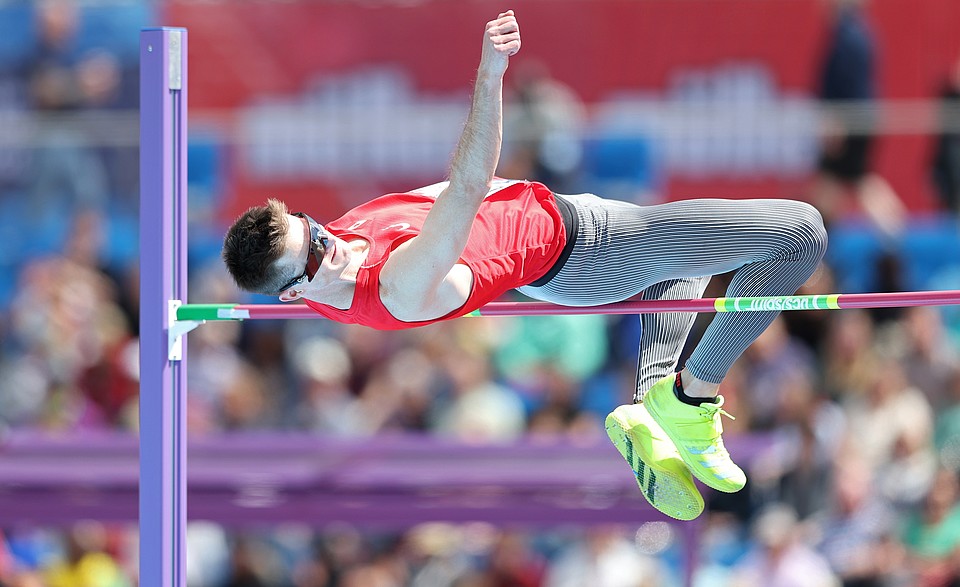 There were four event victories for Canada on Saturday (21), all coming in the men’s events, with a second place for Canada’s women in the 4x100m relay which rounded off the programme.

Django Lovett took the scalp of Olympic champion Gianmarco Tamberi (ITA) in the men’s high jump. Tamberi had fun with the early rounds as he jumped in basketball shorts but Lovett got the better of him when it came down to the business end of the competition.

The Olympic finalist Lovett was clean through 2.22m and took two attempts to Tamberi’s one at 2.25m. However when the bar was pushed to 2.28m – a season’s best height for both – Lovett cleared first time while Tamberi missed out. The next height – 2.31m, two centimetres short of the 2022 world lead – would prove just too much but he earned the victory.

He said afterwards, “I am definitely content with that - to pick up the scalp of Gianmarco (Tamberi) is a great start to the season for me. To come away with the win at a Diamond League doesn't happen too often but I still think I could jump higher. I am not denying it is special to beat him as I know what he is capable of, but I know my abilities and I am confident coming into the competition especially after third last week.

“It is going to be a long season, so I am pleased with 2.28m, I am not going to sit on it. My plan now is to go home and get in shape for the prepare for the world championships, but the Diamond Leagues are very important to me as there is always a great field.”

Marco Arop continued his good form as he won the men’s 800m after a strong surge with 200m to go in the contest. He built a healthy lead going into the home straight to clock 1:45.41 for victory.

In the mixed zone soon after, he commented, “I did exactly what I planned today, I was in race mode and am very happy with the way the race went. I knew coming into the race it wouldn´t be easy but we are all fresh at this time of the year, so I tried to stay out of trouble. I did a hard training session yesterday so wasn’t sure how the body would respond but it turned out pretty well and I am excited going forward. It is good to reflect back-to-back racing.”

His win followed very soon after Aaron Brown had secured victory in the men’s 100m. After starting the day conservatively with a second-place finish with a time of 10.23 (-0.5) behind Britain’s Jeremiah Azu in the 100m B race, he returned to defeat a stacked field to win the Diamond League 100m in 10.13 (-0.2).

In fact, it was a great result for Canada all round as Jerome Blake was third and Olympic medallist Andre de Grasse was fourth overall.

A content Brown spoke afterwards, “I'm glad I won this one and not the first one if I had to choose! I felt good. My plan today was to get a training day in. I have another race to run in the relay so three runs in one Diamond League is a record for me but I love it. I'm just trying to get the work in and get ready for the World Champs.

“Originally I was just coming to do the relay and then it just so happened I asked to get in the 100 and they only put me in the B race and then the A race opened up so I did all three and it paid off.”

After their exploits in the 100m, it was no surprise that the men’s 4x100m relay team – joined by Brendon Rodney - captured victory.

However, that may have been different had the British quartet got the baton around safely, but an unsuccessful baton change between Richard Kilty and Nethaneel Mitchell-Blake opened the door for Canada’s quartet who won in a time of 38.31.

With the Canadian team returning to Alexander Stadium for the Commonwealth Games later in the summer, the Wanda Diamond League event was certainly the perfect preparation for many of their athletes.