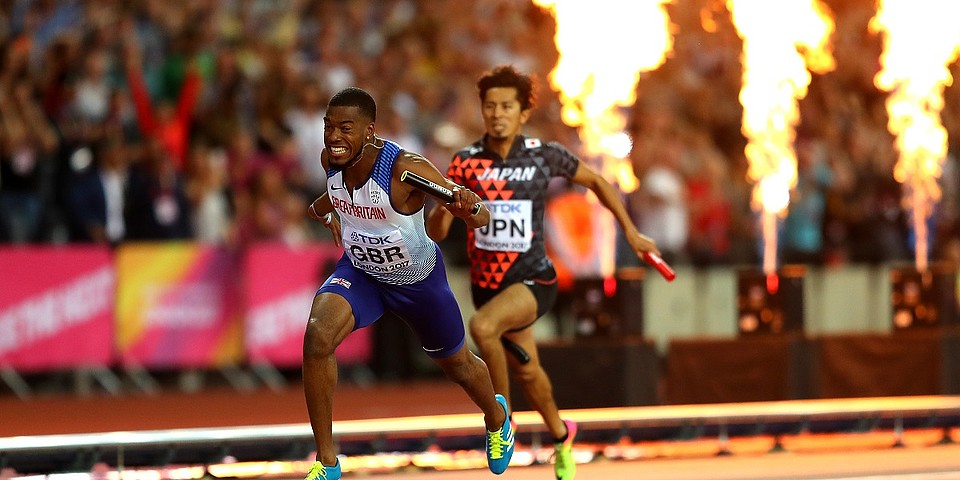 World and European 4x100m relay gold medallist Nethaneel Mitchell-Blake is hoping the famous crowd at the London Stadium will help him, and Britain’s top athletes, shine over 200m at the Müller Anniversary Games on the weekend of 20–21 July.

With heptathlon star Katarina Johnson-Thompson already announced for the women’s 200m, the home fans will have plenty to cheer for, in the longer sprint races at the two-day meet, which takes place exactly ten weeks before the start of the IAAF World Championships in Doha.

London-born Mitchell-Blake, the European 200m silver medallist from Berlin last year, is the second fastest Briton of all time over 200m with a personal best of 19.95 seconds. He will be looking to stamp his authority on a field that includes 2014 Commonwealth 200m champion Rasheed Dwyer (JAM) and 2009 world silver medallist Alonso Edward (PAN) who hold personal bests of 19.80 and 19.81 respectively.

Mitchell-Blake said: “The Müller Anniversary Games is always a highlight for me and I can’t wait to compete there again this year. Racing in the London Stadium, in my home borough of Newham, in front of a British crowd, is really special and it brings back fantastic memories of winning my world relay gold medal there two years ago.

“The crowd really does help the athletes raise their game, and the support from the fans on the bend in the back straight makes a huge difference for the sprinters in the 200m.”

He continued: “The 200m at the Müller Anniversary Games will be a really important race for me and I want to win. I know I need to be at my best this summer and a good performance in London will be a great springboard for me as I prepare for the world championships in Doha.”

In the women’s event, Johnson-Thompson will be hoping to come close to her personal best of 22.79 seconds, as she prepares for the IAAF World Championships in Doha. While British champion, Beth Dobbin, will be looking to replicate the form which saw her break the Scottish record and make the 200m final at the European Championships in Berlin last year.