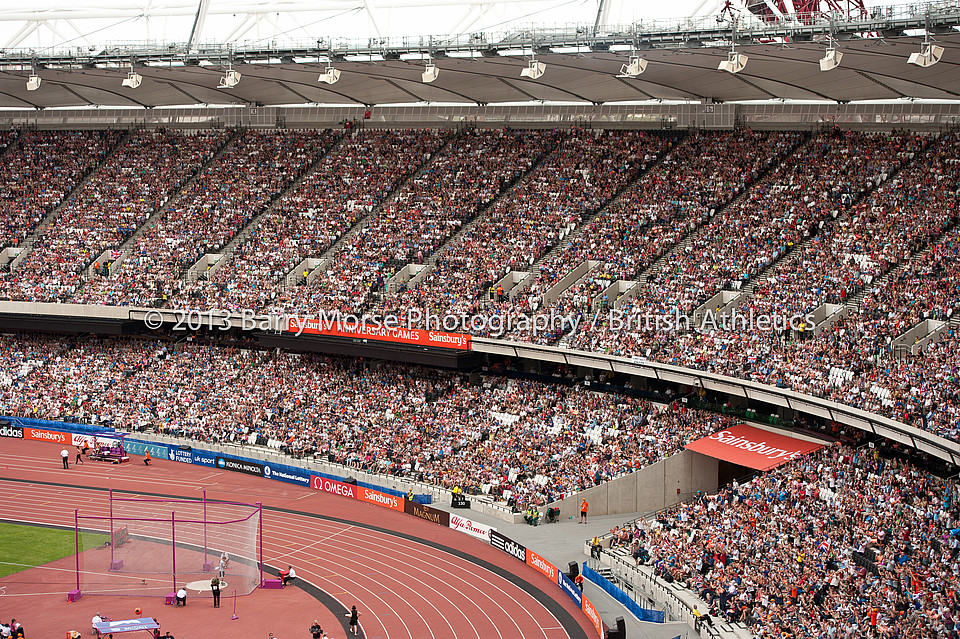 The British Athletics TV Events team picked up the top award at the International Sports Event Management awards last night, for their work staging the Sainsbury’s Anniversary Games at the Queen Elizabeth Olympic Park in July.

The British Athletics TV Events team picked up the top award at the International Sports Event Management awards last night, for their work staging the Sainsbury’s Anniversary Games at the Queen Elizabeth Olympic Park in July.


The small in-house team, which was created 18 months ago by British Athletics Chief Executive Niels de Vos, won the Outstanding Team Contribution Award in recognition of their success in creating and delivering the three day event, one year on from the Opening Ceremony of the Olympic Games.


Created by British Athletics to capture the national mood of celebration and to reinforce athletics’ status as the number one Olympic and Paralympic sport, the Sainsbury’s Anniversary Games became the focal point for the one year celebration of the London 2012 Games.


Led by British Athletics Major Events Director, Cherry Alexander MBE, the team had just six months to deliver the event, from receiving the go ahead in January to the Anniversary weekend in July.


In that time they conceived, created and delivered every aspect of the event from securing sponsorship, creating the brand, booking the athletes, transforming the Stadium, delivering media operations through to publicising the event.


The Sainsbury’s Anniversary Games attracted sell-out crowds, with tickets for the event selling in a record time of 75 minutes – making it the fastest selling athletics event outside a major championship.


It also received the largest ever TV audience and the highest ever media profile for an athletics meet in Britain, outside of the Games as over 4.5 million people tuned in to watch some of the biggest names in athletics in action, and research from SportsWise showed that of the 180,000 fans who attended, 95% of ticket purchasers would buy a ticket for a similar event and an astonishing 23% claimed the event was “the best event they had ever been to.”


“We are absolutely thrilled that the hard work, talent and professionalism of the British Athletics TV Events team has been recognised on the international stage at the ISEM awards.


“When I made the decision to bring the management of our televised events in house nearly 18 months ago, I was envisaging building delivery expertise for the IAAF and IPC World Championships in 2017 through elevating our Diamond League meetings and a core part of that is ensuring we have the best team in place to deliver.


“I would like to thank the team and our key partners - Sainsbury’s, The National Lottery and UK Sport - for their continued hard work, dedication and creativity which has driven these events forward. As we build towards the IAAF and IPC World Championships in 2017, I’m proud that British Athletics is now recognised as the leading athletics delivery team in the world.”


There was a second ISEM award for the Sainsbury’s Anniversary Games, as British Athletics’ digital supplier, Creative Technology Ltd picked up the Bronze award for Best Use of Event Overlay and Facilities.