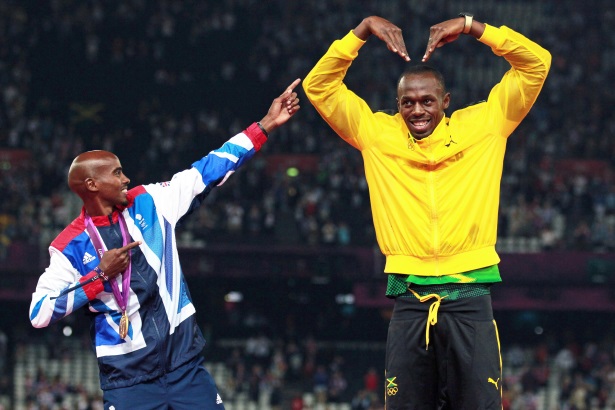 Six-time Olympic champion Usain Bolt is among 29 Olympic medallists, including 12 champions and four world record holders, who have, so far, been confirmed for the IAAF Diamond League at the Sainsbury’s Anniversary Games, Queen Elizabeth Olympic Park on the 26-28 July - one year on from the Opening Ceremony of the London 2012 Games.

Bolt, who will run the 100m on Friday evening and in the 4x100m on Saturday afternoon, will compete in the London IAAF Diamond League for the first time since 2009, in the last major meet before IAAF World Championships in Moscow, in August.

A three-day festival of the world’s best athletics, the Sainsbury’s Anniversary Games will also welcome heroes from last summer’s Paralympic Games in a one-off IPC International Challenge on Sunday 28 July.

Bolt, who repeated his Olympic treble winning feat from Beijing at last summer’s London 2012 Games, is excited by the prospect of returning to The Stadium where he won three gold medals in the 100m, 200m and as a part of the world record breaking 4x100m Jamaican relay team.

“I’m looking forward to coming back to the UK, especially with it being a year since winning three gold medals in the Olympic Stadium. The crowd were amazing at the Games, and I hope they will be out again in their numbers at the end of July.

“I haven’t competed at the London Diamond League since 2009 but it has always been a great meet with lots of Jamaican support – it almost feels like running at home.”

Joining Bolt in the 100m is 2003 World Champion Kim Collins, who missed out on competing at his fifth Olympic Games last year. Despite being 11 years older than the 100m and 200m world record holder, Collins is determined to prove that he can still mix it with the best sprinters in the world.

“My story from London was well documented, and to have the opportunity a year on to run in The Stadium, is something that I’m really grateful for. The support I get from the British crowds every year is incredible and I’m looking forward to hearing that roar when I come out on to the track in July.

“This is my Olympic final, and I’m going to take full advantage of the occasion and show that even at 37, I’m still a force to be reckoned with.”

In what promises to be one of the most highly anticipated events of the weekend, World and Olympic champion Sally Pearson will line up in a star-studded 100m hurdles, which includes 2011 World silver medallist Danielle Carruthers, Olympic bronze medallist Kellie Wells and Olympic heptathlon champion Jessica Ennis (coach: Toni Minichiello). On the flat, Carmelita Jeter, the second fastest woman of all time will star in the women’s 100m after winning 4x100m gold 100m silver and 200m bronze in last summer’s Games.

Not to be out done, the men’s 110m hurdles is also set to be a mouth-watering encounter as Aries Merritt, the Olympic champion and world record holder, goes head-to-head with Olympic silver and bronze medallists Jason Richardson and Hansle Parchment.

The men’s 400m will also have the full complement of medallists from London 2012, with gold medallist Kirani James taking on the two men that he beat on his way to victory in last summer - Lalonde Gordon and Luguelin Santos – whilst in the men’s 400m hurdles Olympic bronze medallist Javier Culson will go head to head with reigning World champion, Dai Greene (Malcolm Arnold).

In the field, the two pole vault competitions will boast five of the six Olympic medallists from last summer. Olympic gold medallist Jenn Suhr will look to continue her impressive start to the season, after becoming only the second woman in history to break the 5m barrier in February. Suhr will go up against Olympic silver medallist Yarisley Silva and GB & NI’s European Indoor Champion Holly Bleasdale (Dan Pfaff, Scott Simpson).

Indoor and outdoor European and Olympic Champion Renaud Lavillenie will also have his work cut out in the men’s pole vault against Olympic silver medallist Bjorn Otto and bronze medallist Raphael Holzdeppe.