ATHLETES WITH 148 OLYMPIC AND WORLD MEDALS IN ACTION 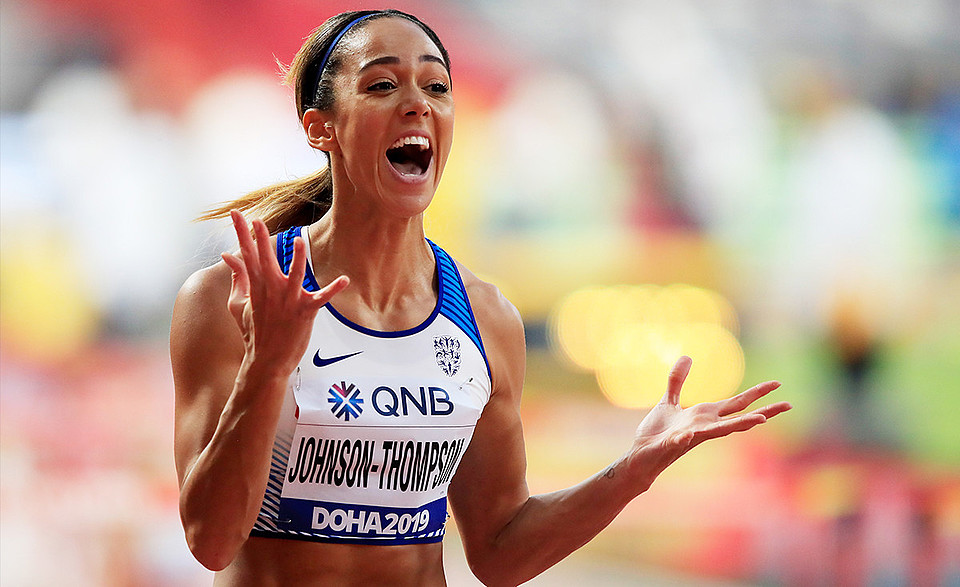 More than half of the British team for this summer’s Olympics will fine-tune their preparations for the Tokyo Games by competing in the Müller British Grand Prix in Gateshead on Tuesday 13th July.

Start lists have gone live for next week’s Wanda Diamond League in the North East of England and there is plenty of home interest with world champions Katarina Johnson-Thompson (Bertrand Valcin, Liverpool Harriers) and Dina Asher-Smith (John Blackie, Blackheath & Bromley) leading the way.

Athletes in the line-ups have a combined number of 148 global outdoor world and Olympic medals between them. Olympic gold medallists at Gateshead include sprinter Elaine Thompson-Herah of Jamaica, pole vaulter Katerina Stefanidi of Greece, javelin thrower Keshorn Walcott of Trinidad & Tobago, high jumper Erik Kynard of the United States and sprint hurdler Omar McLeod of Jamaica.

Ujah, Gemili and European champion Zharnel Hughes (Glen Mills, Shaftesbury Barnet) take on the world No.1 in 2021, Trayvon Bromell of the United States, together with Olympic medallist Andre De Grasse of Canada in a men’s 100m race where the competitors own a combined total of 21 global senior medals.

Returning to fitness following an Achilles injury, Johnson-Thompson is joined in the long jump by Tokyo-bound Brits Jazmin Sawyers (Lance Brauman, City of Stoke) and Abigail Irozuru (Aston Moore, Sale Harriers Manchester) as they take on Mihambo who, in addition to being reigning world champion, has been in fine form on the Diamond League circuit with victory in Oslo last week.

After improving her British record to 4.90m at the Müller British Athletics Championships in Manchester last month, Bradshaw takes on Stefanidi, world indoor champion Sandi Morris of the United States and another in-form American, Katie Nageotte, in a big pre-Olympic test.

World 1500m and 10,000m champion Hassan leads the field in the Millicent Fawcett Mile for women, whereas Wightman and Giles are part of the Emsley Carr Mile line-up. Fresh from his Oceania record in the mile in the Svein Arne Hansen Dream Mile in Oslo last week, Stewart McSweyn of Australia will race in Gateshead in a strong 3000m field that includes Mohamed Katir, the Spanish runner who won the 5000m when the Diamond League was held at Gateshead in May.

Femke Bol of the Netherlands went No.4 on the world all-time rankings for the women’s 400m hurdles when she narrowly beat Shamier Little of the United States in Stockholm last weekend – and the duo are set to clash again in Gateshead.

The men’s javelin could see the in-form Vetter challenge Jan Zelezny’s 25-year-old world record, but he has stiff competition from Walcott and the reigning world champion Anderson Peters of Grenada.

Finally, the event will give sprinters a good chance to practise baton changes ahead of the Olympics and next year’s Commonwealth Games in relay races that are on the programme.

The Müller British Grand Prix in Gateshead will be broadcast internationally from 7-9pm on Tuesday 13th July with BBC showing the action from 6.30pm.

Tickets for the Müller British Grand Prix are available now.