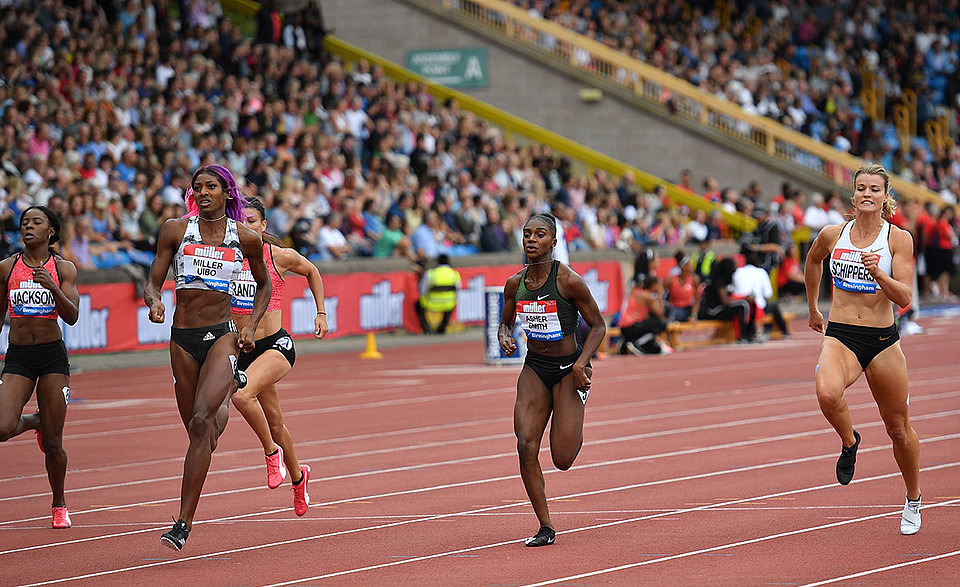 In another flashback before the next Müller Birmingham Diamond League, we should cast our eyes back to the 2018 meet.

The weekend saw a total of four meeting records broken alongside a tantalising men’s 100m tussle, and many strong British athlete performances.

In the highly anticipated men’s 100m, Christian Coleman returned to form with a victory run of 9.94 as Britain’s Reece Prescod clocked the same in brilliant fashion for second – a season’s best and personal best respectively. The last race of the day gave the crowd exactly what they wanted, with Prescod’s acceleration almost nullifying Colemans’s outstanding start.

The action continued across the meet as the conclusion of the 2018 season loomed, with many athletes aiming to secure Diamond League final spots in Zurich and Brussels later that month.

South Africa’s Luvo Manyonga delivered a memorable performance that reiterated how much he enjoys competing in Birmingham. Having secured an indoor personal best of 8.44m earlier that year, the South African delighted the crowd with an enormous meeting record of 8.53m in the men’s long jump, that bettered second place by a huge 36cm.

British long-jumping legend and Olympic, World, European and Commonwealth champion, Greg Rutherford was denied a dream farewell to the sport during his final year of competition; having to settle for a second-round effort of 7.43m as his best mark.

Even amongst the usual array of talent, long jumpers stole the show on a windy afternoon in Birmingham as European champion Malaika Mihambo also sprung to a meeting record. Her jump of 6.96m was only 3cm short of her personal best that she set earlier that year at her first outdoor meet of the season in May.

Emmanuel Korir was the next athlete to etch his name into the history books thanks to his meeting record in the men’s 800m. In June, Korir became the third man ever to run sub-1:44 for 800m and sub-45 for 400m, and his short sprint speed proved more than useful in the closing stages of the race as he sped to a time of 1:42.79

And lastly, but by no means least, Great Britain & Northern Ireland’s Laura Muir came agonisingly close to breaking Kelly Holmes’ British record and meeting record in the 1000m. Muir stopped the clock at 2:33.92 – only 1.1 seconds slower than Holmes’ time set 23 years ago.

Be part of the action as the Müller Birmingham Diamond League returns to the UK on 21 May. Book your tickets now.